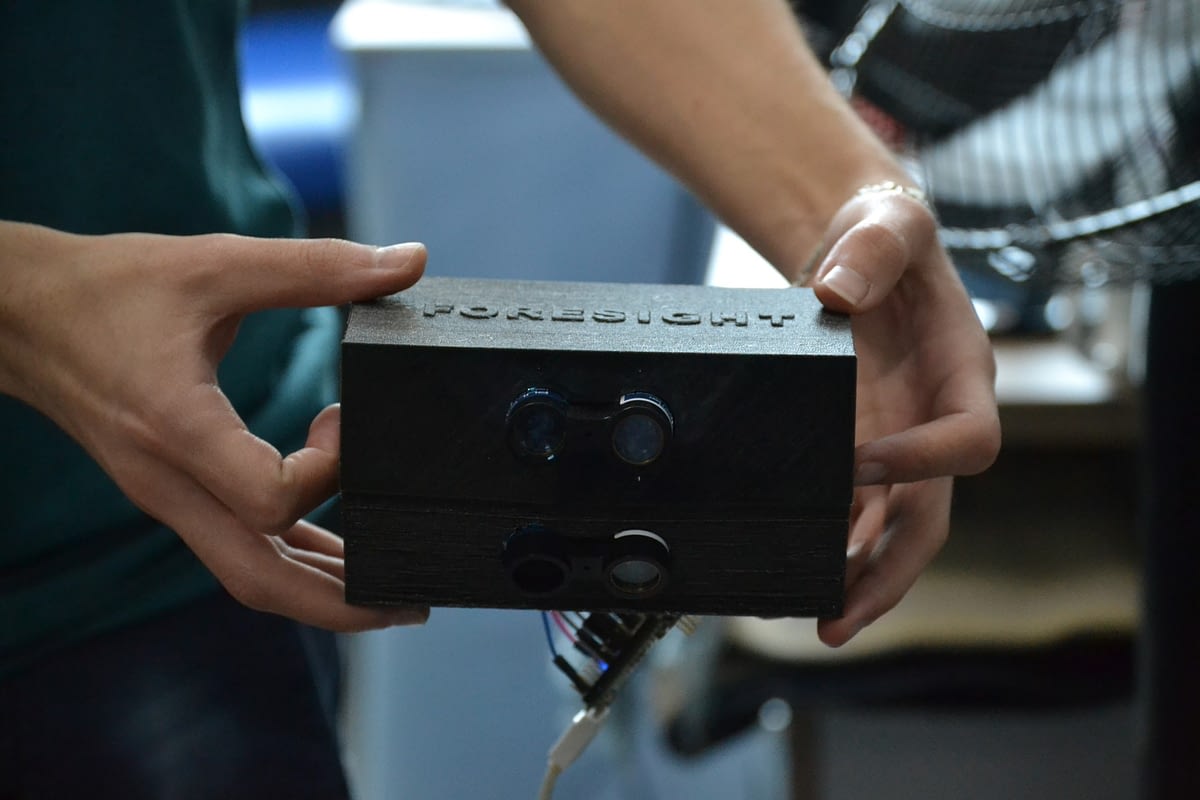 Pathfinder is a platform that will save lives and efforts of the visually challenged, and give them the ability to be:

Basically, Pathfinder will help the visually impaired in two aspects:

According to the World Health Organization, +285Million represents the number of visually impaired people around the world.

These 285Million dream every night to be able to move around like normal people! These 285Million wish every morning if they were able to go out every day freely with no risks whatsoever. We believe that every single one of these people has the right to be involved as much as possible in society with no compromise on the way of living… It’s about time for us to make their dream a reality, allowing them to live as close as possible to what we call a standard life.

For us we have our sight and brain to coordinate our movement and interaction with the surrounding, from now on things for them will be no different.  Pathfinder will be the eyes and nerves of the visually impaired! Pathfinder is a fully automated visual aid and navigation system running in parallel via a sensor-fitted belt (Foresight), connected to a cloud-based App to provide a unique and 100% independent experience for the visually impaired. 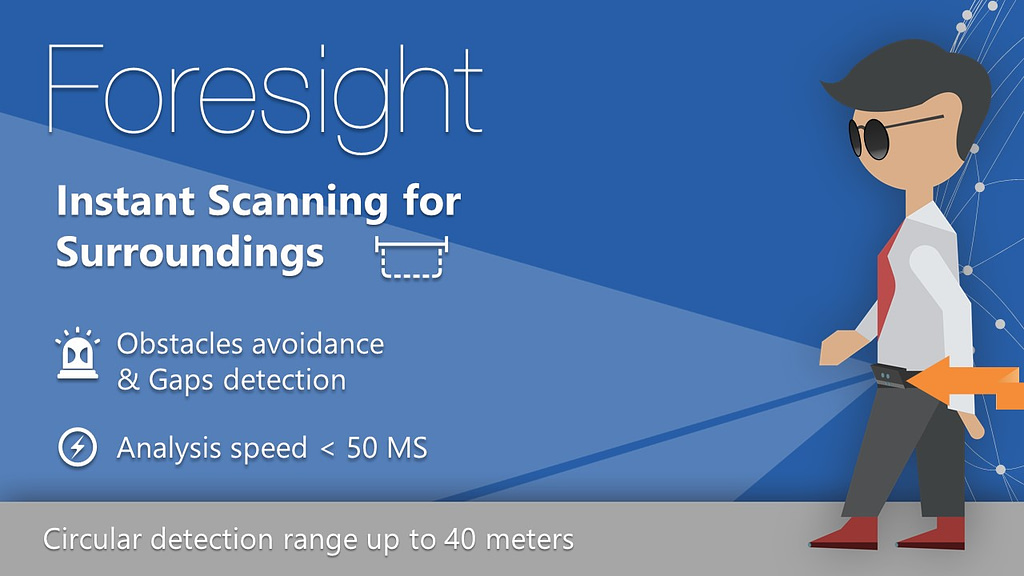 Pathfinder consists of two major units, the mobile app, and the belt, both automatically and securely connected to serve the visually impaired. For 360-degree navigation assistance that would render users virtually independent in their movements.

In Pathfinder everything is designed to work feasibly with the visually impaired, and the last can initialize everything via sound commands or a simple pattern of taps on his waist.

Very High Tech Assets Under (or in) the Belt (Foresight)

is engineered with an array of precise cutting-edge laser sensors to scan the surrounding and handle objects recognition and gaps detection from distances up to 40 meters and with less than 99MS (milliseconds) analysis speed “5x Faster than any image detection solution”, to avoid holes, moving objects, dodge obstacles and go down/up the stairs in a safe manner… 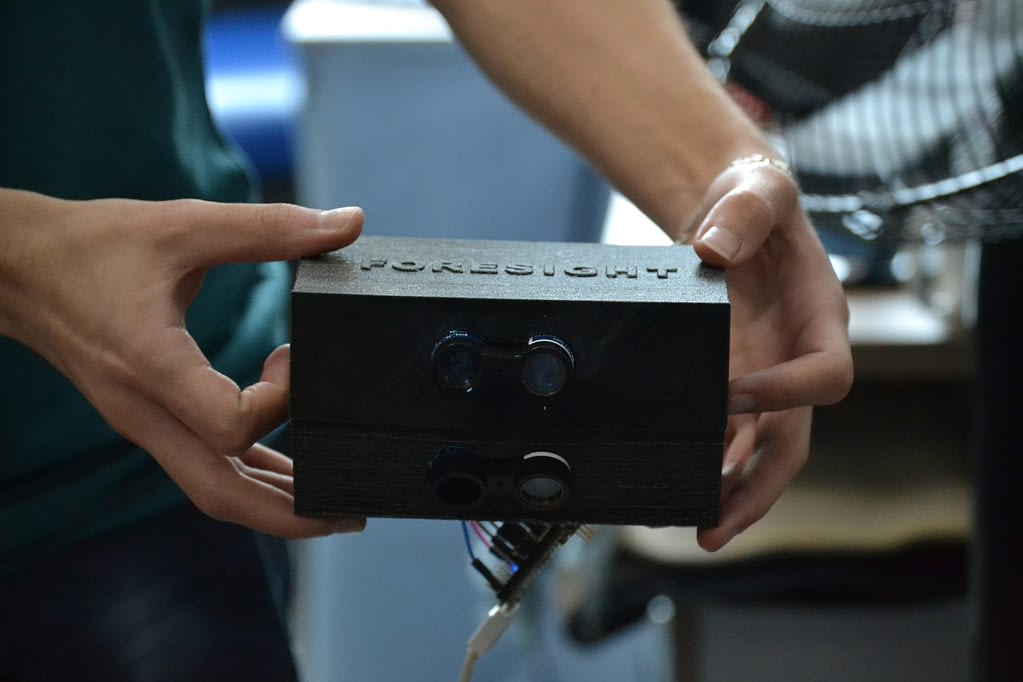 is supported by algorithms to receive and analyze data from the belt, via Bluetooth, and automatically send friendly voice commands or vibrates accordingly to assist the impaired on how to navigate. This feature works indoors and outdoors. 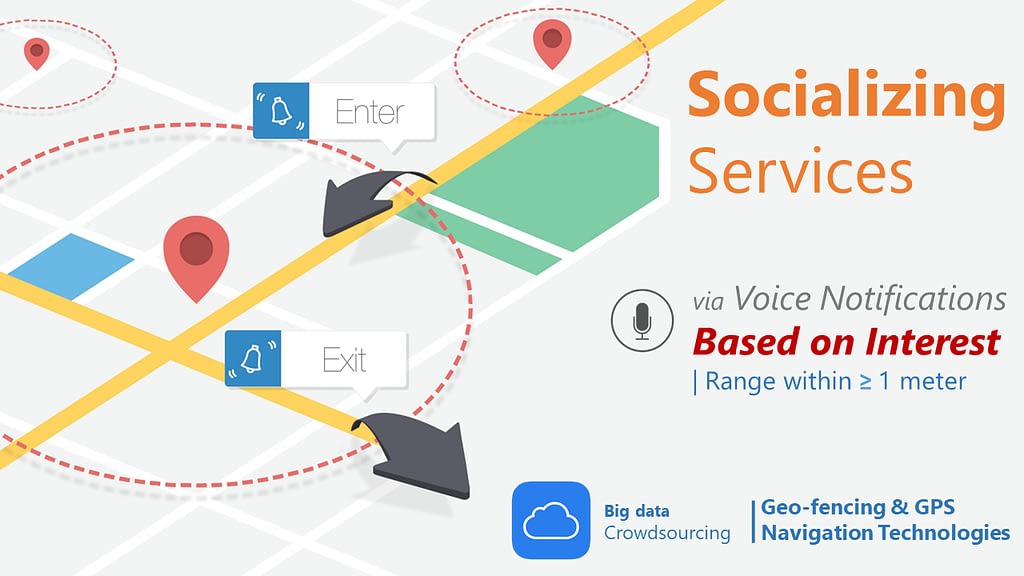 to receive additional data provided by normally sighted people (crowdsourcing) to notify users (via Geo-Fencing) about nearby places of interest (such as benches or easy-access venues) thus allowing them to interact more with their surroundings.

Pathfinder also allows the family/friends of the visually impaired to keep track of their beloved ones, and in case the visually impaired got lost or needed assistance, the map will roll back to the nearest checkpoint and put the last in contact with angel supporters available in the community.

To increase the precision, we’ve added an image recognition feature to the Pathfinder App, the phone along with Foresight will provide an excellent description of the path and surrounding ahead. Pathfinder belt (Foresight) also includes a dock that fits almost all kinds of phones.

“We wanted to make sure we invented a 100% hands-free solution”.

Feasibility of the Solution

One could think that a belt is not the most practical wearable device, while on the contrary, the waist represents the center of a human body, so it’s the most convenient place for Pathfinder (Foresight) to scan and give precise data about the surroundings. Other parts of the human body are less stable like the hands or legs, which causes a loss of precision while scanning the surroundings.

The belt itself needs to be recharged once every two days and can be easily and safely connected to an electrical plug.

All the value we added to Pathfinder is from daily life experiences and feedback from both visually impaired and normally sighted people, to give the best outcome.

Pathfinder has successfully passed the prototype phase as a proof of concept and is currently being tested by individuals and NGOs in the country before it goes into its commercialization phase. Locally, Pathfinder captured the interest of several professionals and NGOs in the Lebanese market. 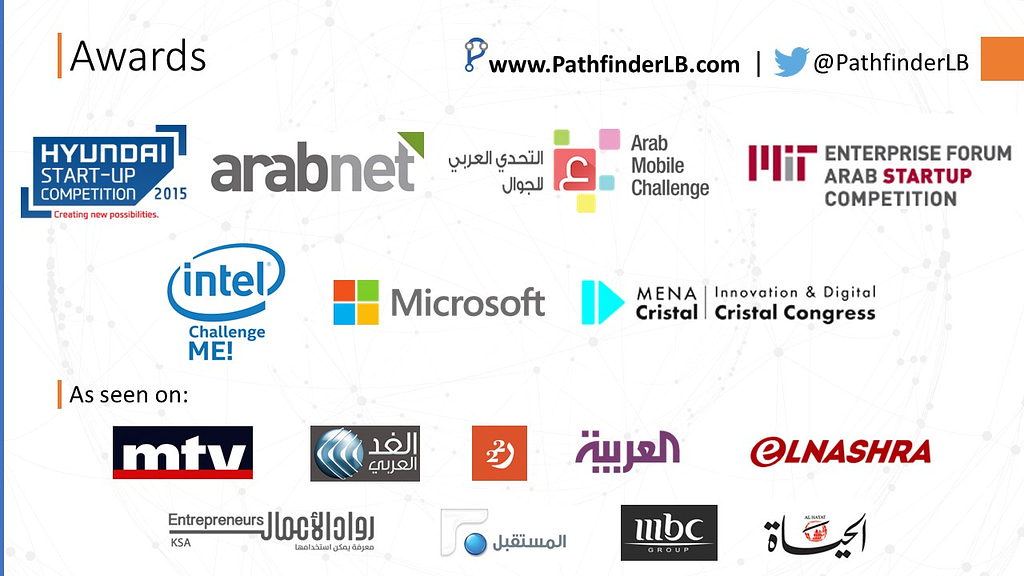 PATHFINDER IS A SMART DIGITAL ASSISTANT FOR VISUALLY IMPAIRED PEOPLE, OUR AIM IS TO PROVIDE THEM WITH A PRACTICAL HANDS-FREE “NO WHITE CANE”, A UNIQUE AND 100% INDEPENDENT EXPERIENCE.

Every day researchers are trying to find better solutions to make the world a better place for the visually impaired to live. We hear about dozens of accidents happening with visually impaired people every day, because not all of them are lucky to have a 24 hours assistant. Currently, most of the visually impaired are relying on animals “like dogs” and static objects “like white cane” to guide them thru their day. Today we absolutely need a solution to help these people, and let them live as close as possible to what we call a standard life.

Do you Have the Next Big Tech Idea?

Our Makers & Engineers are at your Service.