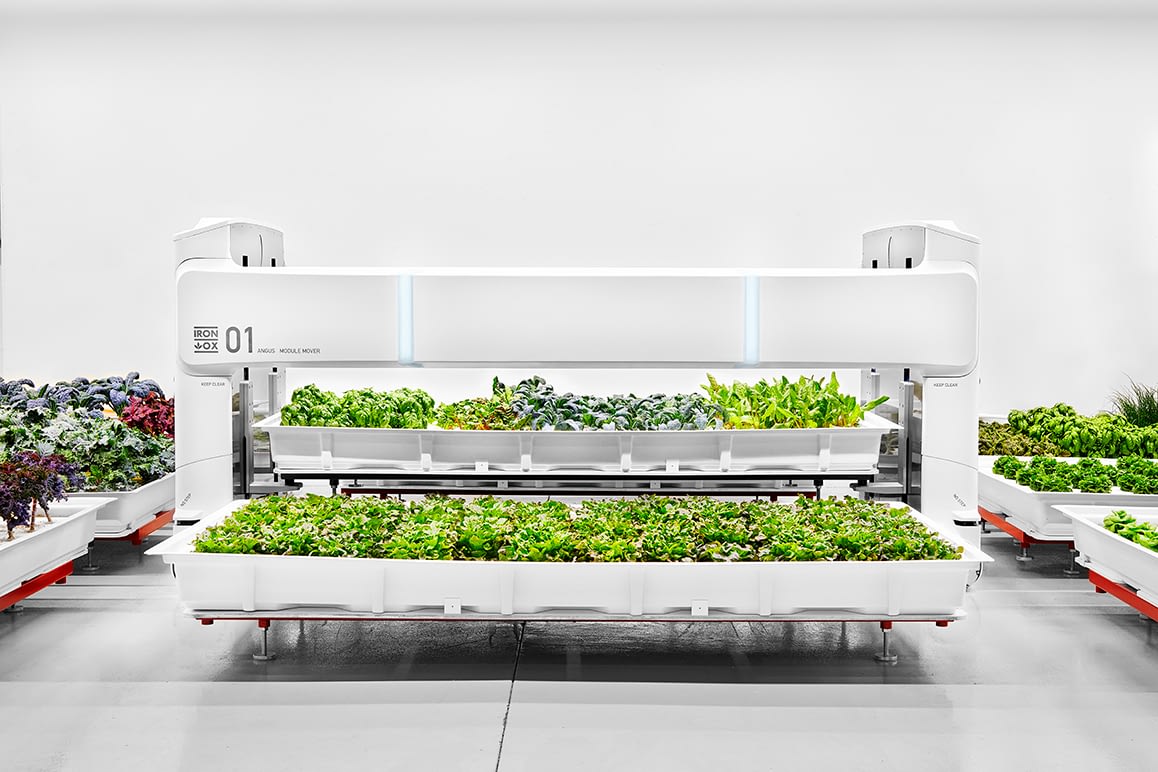 When we think about automation, we often imagine robots just doing the work of humans. Our mental image is of an android in overalls, clocking in with a lunchbox full of oil and bolts, and grabbing a hammer. But that’s not what happens. The reality is much messier, and the process of automation is one of compromise and incremental progress.

Agritech startup Iron Ox is the perfect example of this. After launching in 2015 with the aim of automating the hard work of growing produce, the company unveiled its first “autonomous” production farm last week. In 8,000 square feet of indoor space (roughly 0.2 acres), its engineers use proprietary robot systems to grow roughly 26,000 heads of lettuce, leafy greens, and herbs each year in hydroponic vats. The company says it should start selling its crop in “the next couple of months,” and it will be targeting restaurants first.

But, as co-founder and CEO Brandon Alexander explains to The Verge, despite the “autonomous” moniker, humans still play crucial roles in this farm. They are the ones who plant each seedling and package the finished product. Robots just aren’t ready to do it all. 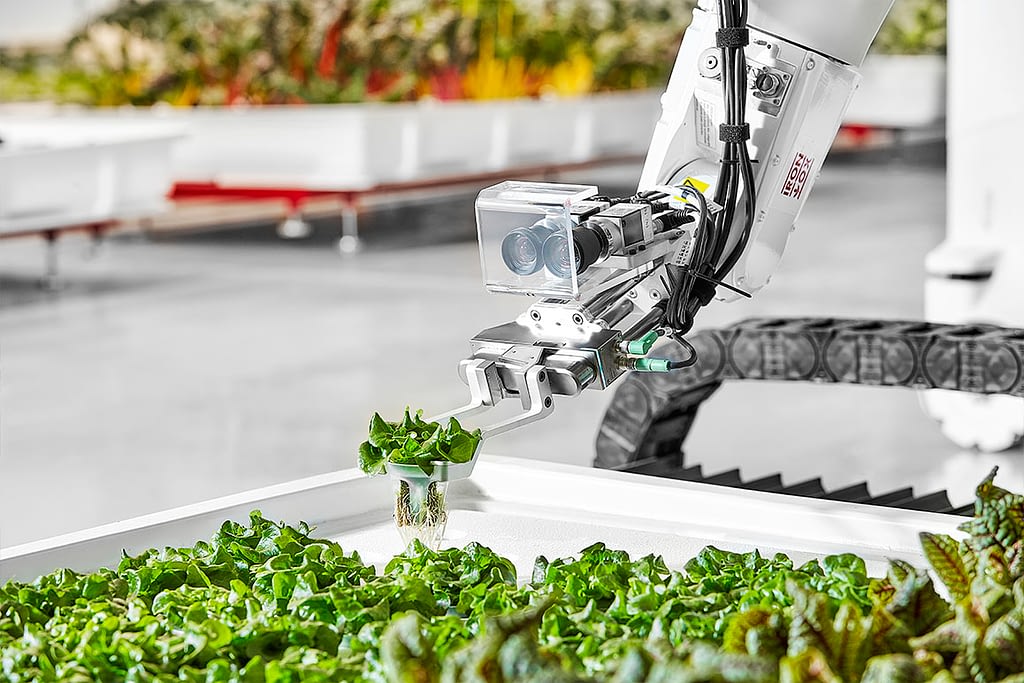 Getting to even this level of automation took years of work to navigate the constraints of modern robotics, says Alexander, who previously worked at Google’s research lab X and at influential robotics incubator Willow Garage. “There’s a huge difference between your equipment working one time for a video and it working every day,” he says. “Most people outside of robotics underestimate just how big that gap is.”

Hydroponics has a lot of advantages over traditional farming. It uses less water, it’s completely sterile, and it’s much more space-efficient. (Iron Ox claims it grows 30 times more produce per acre than a regular farm.) But it also requires more labor. In the sort of hydroponics system that Iron Ox uses, each plant has to be transferred one by one through a series of different growing vats based on its rate of growth. It’s this simple task — moving plants — that has been the focus of Iron Ox’s automation efforts.

“The bulk of the cost [in hydroponic farming] is all those touchpoints,” says Alexander. “Labor is over 50 percent of the cost to grow right now. If you’re indoors, there are no tractors, no nothing, so it’s a very manual product.”

To overcome this, Iron Ox developed two robotic systems. The first is a porter: a 1,000-pound wheeled bot named Angus that moves pallets of seedlings around the warehouse in their hydroponic growing vats. The second is a robotic arm (currently unnamed) that picks up individual plants and moves them from vat to vat. All of this is overseen by a computer program (nicknamed “the Brain”) that monitors the growing conditions in each pallet and adjusts their balance of gases and nutrients for optimal growing conditions.

Alexander says it was a huge amount of work just to get to this level, reeling off a list of problems the team faced. There was the lighting, he says, as Iron Ox had initially planned to use all LEDs for growing. “But that results in electricity bills that are simply too expensive. So, going forward, we’re betting on more traditional greenhouses augmented by LEDs.”

There was also a myriad of robotic challenges in developing things like leaf detection for the robot arm so it doesn’t drag plants through one another when moving them, and designing Angus to accelerate and decelerate at gentle rates so it didn’t slop growing medium out of the vats. “The best motivator for engineers to solve that problem was having to clean up the water afterward,” says Alexander.

Overcoming these technical problems was tricky, but it’s nothing compared to the challenge that the company now faces: cost. If Iron Ox truly wants to change farming, it needs to compete on price with modern outdoor farms that have been optimized over the past century to produce incredible amounts of produce as cheaply as possible.

Jonathan Gill, a robotics researcher at Harper Adams University and co-founder of the Hands Free Hectare, an automated farming project in the UK, says this will be difficult. Only “minimal amounts” of the global agricultural industry have been automated to date, says Gill, simply because it’s not “economically viable” to do so. The robots aren’t good enough, human labor is cheaper, and those equations aren’t going to change just for Iron Ox, he says. “It’s just not necessarily the most efficient method of growing food for the world.”

But, says Gill, Iron Ox has other advantages. “They’re always going to be able to market it as a premium product,” says Gill. “[Their produce] is completely organic, has little to no human input, and they can claim it’s fresher and has fewer food miles than competitors.”

They can also grow closer to customers and adapt their crops to last-minute changes in demand. “Here in the UK, we had a very hot summer, and as soon as it passed 30 degrees [Celsius], the lettuce stopped growing,” says Gill. Supermarkets went through a salad shortage, but in that sort of situation, Iron Ox will be able to “guarantee a market push-through for large customers.”

Alexander mentions the same benefits and says Iron Ox farms will be located near urban centers and will easily adapt to the whims of the market. But he also claims they’ll compete with big farms on price “from day one.” This first farm will sell greens to small customers first, but Alexander claims they’ll be selling to big chains by 2019.

“Our ultimate goal is not to sell produce to bougie grocery stores,” says Alexander. “[Our rivals] are huge outdoor fields, and if we can’t compete with them, we’re always going to be a niche player.”